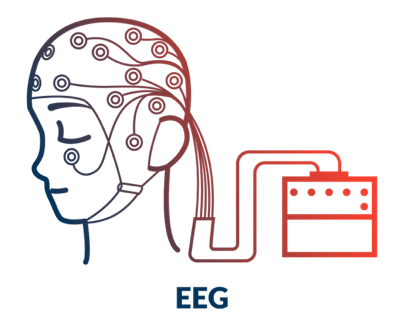 Memory assessment: can be done by a volunteer without any prior training.

A new memory assessment technique could pave the way for earlier diagnosis of Alzheimer’s disease, the underlying cause of around 60% of dementia cases. The approach uses electroencephalography (EEG) to measure brain activity while participants watch flashing images on a computer screen.

Current diagnostic tests for Alzheimer’s disease are not effective during its early stages, meaning that Alzheimer’s is typically only diagnosed late in the disease process. As such, there’s a real need for early diagnosis tools that could enable the timely initiation of lifestyle interventions to slow the rate of cognitive decline. Such a tool could also help drug development, through earlier and more accurate identification of dementia patients in clinical trials.

An EEG-based test may be developed that would decrease the age of diagnosis by up to five years in the near future.

In the long term the EEG detection technique is known in the medical field but is not the only screening method recommended and has the potential to improve other methods.

The structure of a BCI system

EEG works by using multiple electrodes placed on the scalp (in an EEG cap) to record the brain’s electrical activity. BRAIN AI uses a method called fast periodic visual stimulation (FPVS), which measures brain signals as the subject views a series of rapidly presented images, a few of which are repeated at slower intervals. The technique is highly effective at picking up small, subtle changes in brain waves that occur when a person remembers an image.

The big advantage of BRAIN AI EEG Test is that it is completely passive. The person performing the test is not given any instructions prior to the task, which is important as dementia patients may struggle to follow complex instructions, and is not asked to reflect on, respond to or remember any items. The technique is also low-cost, non-invasive and uses technology that’s already available in hospitals.

BRAIN AI offers a genuinely novel way of measuring how our brain is functioning.

The person being assessed doesn’t need to understand the test, or even respond, they simply watch a screen of flashing images and by the way we manipulate the images that appear we can learn an enormous amount about what their brain is, or is not, able to do.”

The BRAIN AI procedure induces two discrete frequency responses in the EEG, which reflect the participant’s periodic neural responses to the stimuli. The first reflects visual processing at the image presentation frequency. The second mirrors the brain’s response to previously seen images and reflects the patient’s recognition memory. Analysing the EEG spectrum at this second, slower frequency can quantify the patient’s memory response.

BRAIN AI (EEG) testing could pave the way for improved outcomes for patients with Alzheimer’s disease by diagnosing the condition earlier, allowing treatments to be initiated before significant clinical signs appear. (surse: guidelines.co.uk)